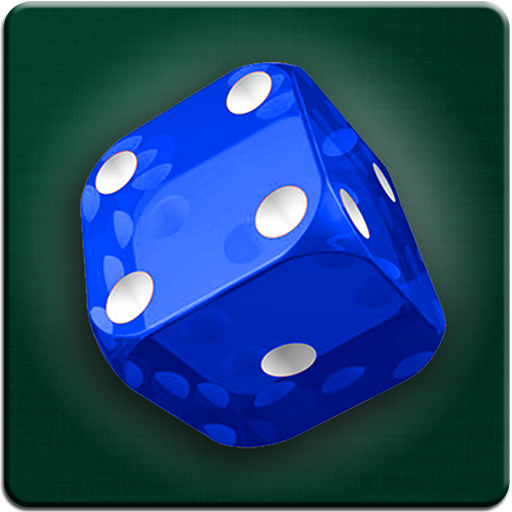 Thousand is the best game of such type.This application enables you to play at any convenient time.You can play individually without a risk of loosing your chips, practicing and gaining experience, developing new strategies of the game.The program also enables playing with friends and strangers. multiplayer will give you the opportunity to feel the excitement of a real fight with real people the game can be played by up to 6 players They take turns, one after another. The move is passed or forced, or the player chooses.Each turn begins with the roll 5 dice at once. After the bones drop, result analyzed for the presence of score’s combinations. Points bring dice in denominations of 1 and 5, and 3 or more dices of the same value.Cubes are always assembled at the points of maximum combination.One – is 10. Five – 5.Three ones – 100. 4 ones – 200. 5 – 1000.Two: 3 – 20, 4 – 40, 5 -200.Three: 3 – 30, 4 – 60, 5 – 300Four: 3 – 40, 4 – 80, 5 – 400.Five: 3 – 50, 4 – 100, 5 – 500.Six: 3 – 60, 4 – 120, 5 – 600.Straights: 1,2,3,4,5, – 125, and 2,3,4,5,6 – 150.If the roll is brought to the player at least 5 points, then all the blocks that have brought points remove and the remaining player can throw dice again. New drop, performed with fewer dices, and therefore is less chance to get success combination. At the same time, new points for the combinations are added to the previously dialed.If all five blocks was removed, the player may again drop all five dices.If at the roll droped “zero” combination, then the player gets 0 points, all points scored in the current move is completely “burn out” and move automatically to the next player.To keep the points player must press the COLLECT. This sometimes is not allowed, because if the player has not yet opened the game, “sitting in the hole,” or on the barrel, then player has a limitation on the minimum amount of points that he has to collect.Game features:• Simple registration: create a nickname or enter your name.• At Facebook registration you can play on several devices, using your account. Data of your chips are synchronized on all devices you entered using profile. (Bonus is 10 000 chips).• Online game with friends and strangers.• Multiplatform: possibility to play with friends who has iOS.• Purchase of different dice and cups for a game. Be unique, play with non-standard dice and cups. Earn chips and choose the type of dice or cup which you like the most.• Daily bonus: play every day and get chips for a game.