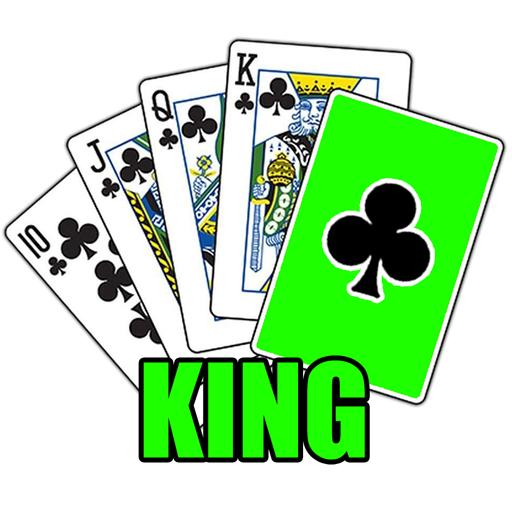 have fun with the king of the playing cards It is similar like barbu, hearts and tafferan games.HOW TO PLAY?Super KING is also known as Rifki, Barbu, Hearts and Tafferan. it’s a 4-person game of cards that includes penalties and trumps Normally, 20 games are played and each player plays 3 penalties, 2 trumps. At the beginning cards are handed out to all players and after cheking his cards the dealer decides which game that will be played on the table (penalty or trump; if penalty, which penalty) and starts the game handing out the first card. the goal for the trump games is to take as much hand as you can and try not to take the card for the penalty games PENALTY GAMESKing has following 6 penalty games. each penalty is played twice each penalty has different negative ranks and is reflected in players’ ranking tables no tricksthe objective of this game is not to win tricks the winner of the trick is the highest card of the suit played there is no trump in the penalty game each trick has a gold value of -50 no heartsthe purpose of this game is not to win hearts the player who cannot follow suit may play any other card anyone who wins takes the heart he was given a player cannot start a trick with hearts unless he has no other suit By the way after a heart handed out, every player can. Each heart has -30 golds. no queensthe purpose of this game is not to win queens the player who can’t follow suit must give a queen Anyone who wins, takes the queen that was handed out. If an ace or a king is on the desk, the player who has a queen of this suit must hand it out. Each queen has -100 golds. no boys the aim of this game is not to win kings or jacks the player who can’t follow the suit must hand a king or a ace Anyone who wins, takes the jack/king that was handed out. If a higher card is on the desk which is more worthy than a jack or a king, the player who has a jack or a king of this suit must hand it out. Each jack/king has -60 golds. no last 2the aim of this game is not to win the last two tricks It is not important who won the other hands till the last two. Each trick is -180 golds. No KingKing of hearts as known as KING in this game. the purpose of this game is not to win a crown of hearts in the game king of hearts a player must not begin a trick with hearts unless he holds no other suit when a player cannot follow suit and is given the king of hearts he must give it to the player the winner takes the king It is -320 golds. trump gamesthe declarer leads you to the first trick A trick is won by the highest trump in it, or if it contains no trump, by the highest card of the suit led. Players must follow suit if possible, if they cannot, they must play a trump if they have any. the winner of a trick leads into the next game of super king there are 50 gold tricks in the game