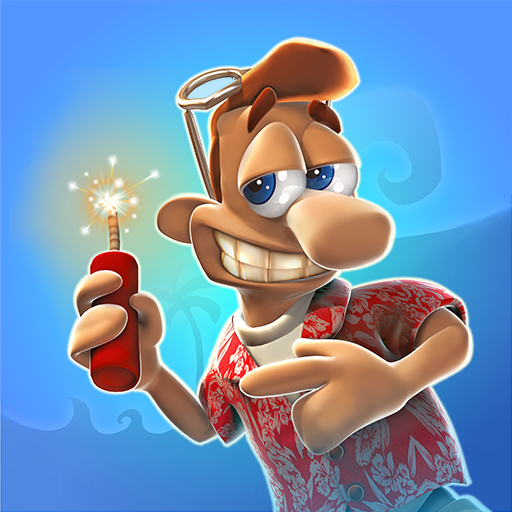 The reality TV show of neighbourly nastiness and community commotion moves on to the next round. the neighbour from hell wishes to enjoy an undeserved holiday and woody and the camera crew did so to sneak along on the cruise liner to make the nasty neighbour’s holiday a living hell the neighbour’s mother has joined him again and she’s taking good care of her baby Get the Neighbour from Hell into his mum’s and fellow travellers’ bad books, play tricks on him and give free reign to your vengeance.Key Features Neighbours from Hell 2: On Vacation (Full game version unlock required):- 14 new tricky and highly detailed episodes of anarchy of the popular “NEIGHBOURS FROM HELL SHOW” – 6 different locations in China, India, Mexico and on the cruise liner – More than 5 new characters and numerous animals – New cool soundtrack reflecting the countries our characters visit© www.handy-games.com GmbH