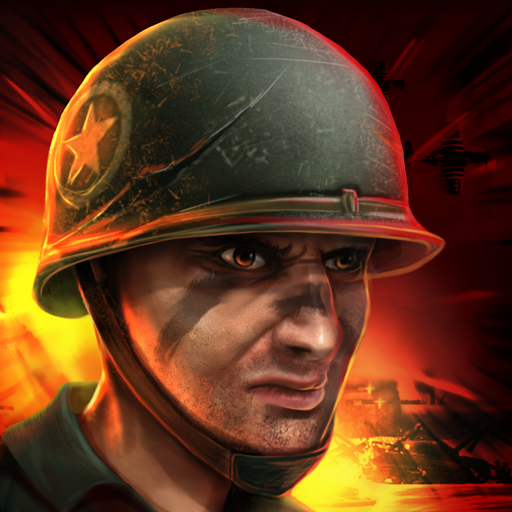 HEROES OF OMAHA BEACH WW2 WILL LET YOU EXPERIENCE THE FULL SCALE OF THE WORLD WAR 2 SHOOTER BATTLEFIELDStep into the boots of this american private first class, jump right into the action of this world war 2 shooter game. The quick play missions allows players to dive into the action right away.Choose your path in this free world war 2 shooter roaming TPS environment, Heroes of Omaha Beach WW2 features intense, story driven gameplay never seen before in action war games. Having a broad variety of authentic weapons at your disposal, each with its own characteristic. The single player campaign is made out of 20 unique storyline missions making this one of the best action war games on the store. In this newest world war 2 shooter game your goal is to overtake the beach head, inveterate the area and to take out all german soldiers around. you must sabotage the german defenses on the french coast to help the invasion forces THIS IS A THIRD PERSON SHOOTER SET IN BATTLEFIELD EUROPE DURING WORLD WAR II Gunfights usually involves bullets all around you, so you need to move from cover to cover fighting against the german troops in the open is not a good idea. As a army soldier you need to make use of your environment in this 3D world war 2 shooter game. The superheros of the past where the army soldiers during the second world war, can you become a battlefield frontline soldier during one of the most important battles of the second world war. HEROES OF OMAHA BEACH WW2 GAME FEATURES:- Intense army soldier gunfights – Epic looking battlefield, explore the massive levels.- Loads of different missions – Fight during D-Day, fight your way from the beach right into the france countryside- Heroes of Omaha Beach WW2 puts you in the middle of world war 2Please give us some support by rating our game on Google Play or following us on:Facebook – https://www.facebook.com/VascoGamesTwitter – https://twitter.com/VascoGamesYouTube – http://goo.gl/HChVVx