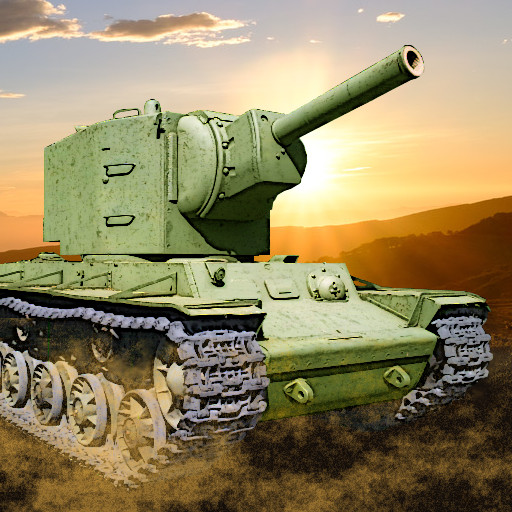 The lost hardcore and immersive experience is here!Why don’t you experience some real, forgotten combat, too?This game has been downloaded more than 1 million times in total, thanks to you.As a member of a tank platoon, you’ll take on a variety of missions!A fierce battle between tanks in an immersive battlefield!Cooperation with allies is essential to advance the battle to your advantage.Use your tactics to overturn the power gap between you and the mighty enemy forces!Can you survive and become a hero on this ferocious battlefield?It’s free to download and play right now!Features :- You can play against players from all over the world in online multiplayer (PvP match).- 3D action & simulator tank game free app to fight with real tanks.- You can move freely on the vast open world battlefield.- On the island field, battleships and cruisers will be supporting the ground combat!- Indirect fire from heavy gun-howitzers adds to the tension of the battle.- There is a wide variety of missions including reconnaissance, ambushes, raids and blitz.- The realistic staging and sounds allow you to experience a sense of urgency on the battlefield that is more than just a tank game.- Realistic damage system with complex physics calculations.- AI tank units fight with precise movements and sophisticated tactics.- It is also possible to change the battle situation by calling for air attacks and support fire.- A powerful air battle by the famous reciprocating fighter is recreated.- It is possible to set anti-tank mines and destroy the caterpillar of enemy tank.- A coaxial machine gun can be used as a sighting device.- Realistic tank behavior is achieved by simple touch operation.- You can switch between first-person (FPS) and third-person (TPS) viewpoints.- We recommend this game for those who like classic tank games because it faithfully reproduces the tank battles.- Famous tanks from major countries appear one after another (e.g., Soviet Union, Germany, United States of America, Empire of Japan, British Empire)How to play :- Click the Help button on the Start screen to check the basic operation.- The number of tanks that can be played increases as you progress through the missions.- During the mission, instructions will appear in the message box at the top of the screen.- Playable tanks in online mode will be unlocked as the campaign mode progresses.FAQ :Q. how do i obtain coins on a gaming machine? gold coins can be bought online through in-app purchases silver coins can be earned by watching the reward advertisementsq how do you unlock a tank? Free tanks can be unlocked by advancing the missions. other tanks can be bought with gold coinsq can i control a warship? Currently, all units other than tanks are operated by AI only.Q. where is panther’s tank? The Panther tank is temporarily unavailable due to the balancing of forces between countries.Q. Do enemy and friendly A.I. can you list the advantages and disadvantages that different epcialissises have? a If it is the same tank or aircraft, the capabilities are exactly the same for friend and foe.Caution :- This app requires an Internet connection.- Purchased coins and items can be restored from a backup saved in “Google Drive”. Data recovery is at your own risk.- Depending on the performance of the device, it may take a little time to load at the first startup.- If another app notification occurs, the game’s audio may be paused. In that case, please restart the app.Official Twitter :https://twitter.com/LNG_AppsGame content will continue to be updated in the future! have fun !